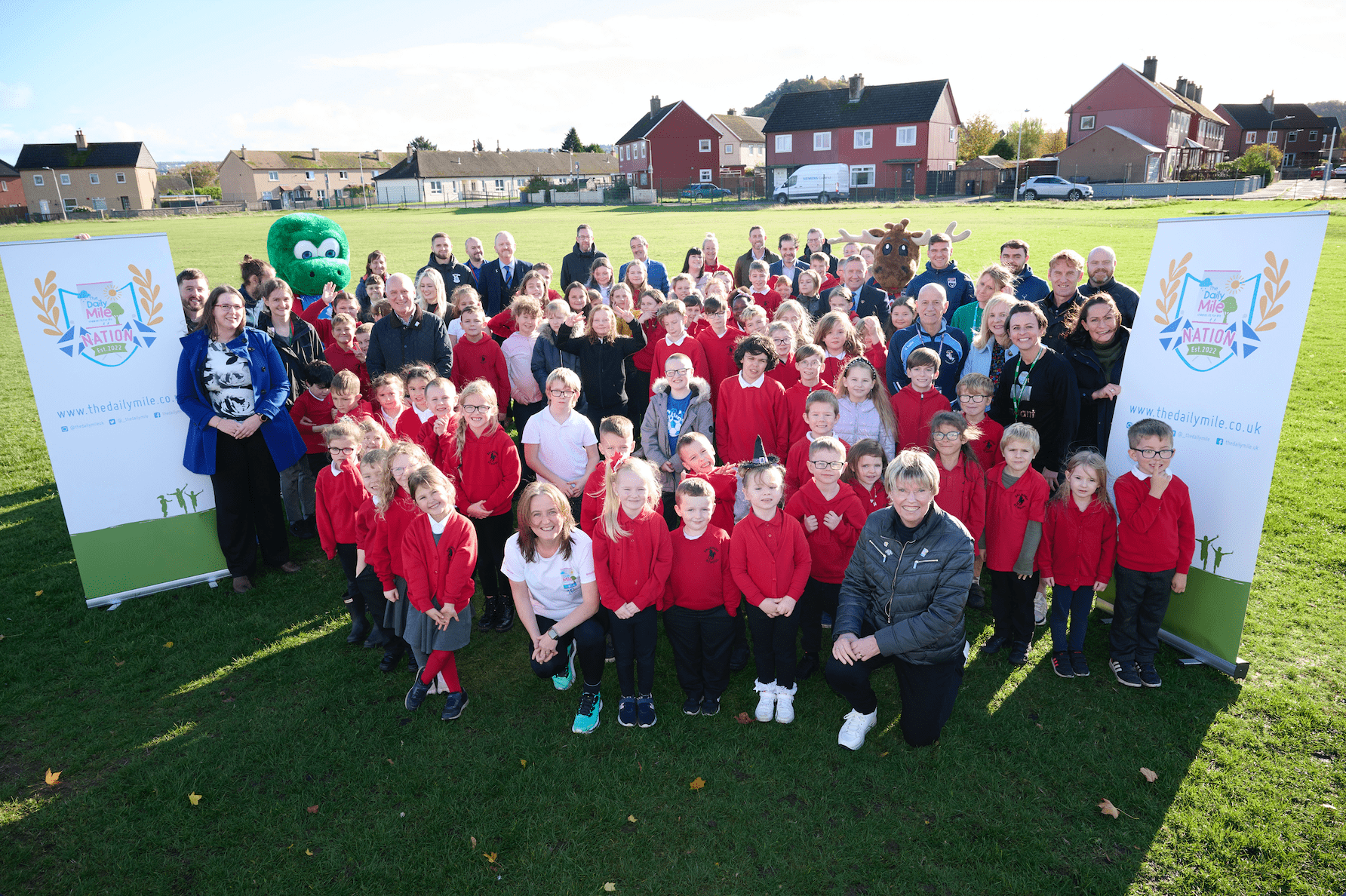 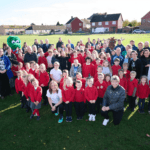 188,000 primary school children active every day in more than half of schools across Scotland

Scottish children have stepped their way into the history books as Scotland is confirmed as the world’s first Daily Mile Nation.

Public Health Minister Maree Todd made the announcement today as she visited Dalneigh Primary School in Inverness and took part in the Daily Mile alongside school pupils, as well as athletes and footballers from Ross County and Inverness Caledonian Thistle who also came along to support the wellbeing initiative.

Over 188,000 primary school children in Scotland are getting active for fifteen minutes a day, with half of primary schools across all 32 Local Authorities signed up to the Daily Mile.

The announcement also signals an ongoing commitment from the Scottish Government to further embed The Daily Mile across Scotland and encourage all schools to participate ensuring children irrespective of age, ability or personal circumstance have the opportunity to enjoy the benefits of physical activity.

The initiative is proven to improve the wellbeing of children across the country, as part of wider efforts to improve overall health and reduce the pressure on the NHS over winter.

It was started by former Head Teacher Elaine Wyllie MBE of St Ninian’s Primary in Stirling in 2012 and has grown every year – extending beyond schools into communities and workplaces and encouraging more people in Scotland to get on the move. Globally, there are now nearly 4 million children taking part in 16,000+ schools in 87 countries around the world, with Scotland leading the way, encouraging other countries to follow suit.

The Daily Mile, supported by INEOS, began working in partnership with the Scottish Government in 2017, when it announced its ambition to become the first Daily Mile Nation.

The Scottish Football Association (Scottish FA) is backing the initiative using its extensive network of community clubs to promote the role of physical activity in health and wellbeing.

Public Health Minister Maree Todd said: “I try to do a Daily Mile whenever I can and there is no doubt, I always feel better for it.

“We want Scotland to become a nation where more people are more active, more often.

“The benefits of instilling these habits early are plain to see –  children will see the joy of walking, running or wheeling which will boost their health in the long term, and reduce the strain on our NHS.

“I consider this initiative to be one of Scotland’s best exports – building on our success, other home nations and countries around the world are now embracing The Daily Mile initiative. Scotland continues to lead the way on a global scale.”

Executive Chief Officer Education and Learning Highland Council Nicky Grant said: “In Highland we are committed to improving, supporting and promoting the health and wellbeing of all our children and young people. We have a strong culture of participating in sport, leisure and outdoor pursuits, leading to healthier communities with strong social bonds.

“The introduction of the Daily mile which is a fantastic initiative offering all learners an inclusive approach to enjoying physical activity with their friends, during the school day. Schools can easily incorporate a fifteen minute focus on a physical activity, giving learners a break from sedentary tasks to refresh, reinvigorate and reset. Exercise is proven to boost the immune system, emotional wellbeing and capacity for learning. By participating in the Daily Mile, our learners will be happier, healthier and able to engage in learning successfully.”

Founder of The Daily Mile Elaine Wyllie MBE said: “From one school in Stirling to Scotland to becoming a Daily Mile Nation, I am incredibly proud of all the schools, teachers and children that have helped us achieve this milestone and I would like to take this opportunity to thank them and our partners across Scotland.

“The Daily Mile was created by children which I truly believe is why it has been so successful and is now reaching nearly 4 million children around the world.”

Scottish FA Chief Executive Ian Maxwell said: “The Scottish FA recognise the unique reach of football and the importance that physical activity can play in the health and wellbeing of children and young people in this country, and we are thrilled to support this initiative as Scotland becomes the world’s first Daily Mile Nation.

“Opportunities to exercise on and off the pitch should be available to everyone and through our network of community football clubs and local partners, we are ready to play our part and use the power of football to inspire the country to become more active.”