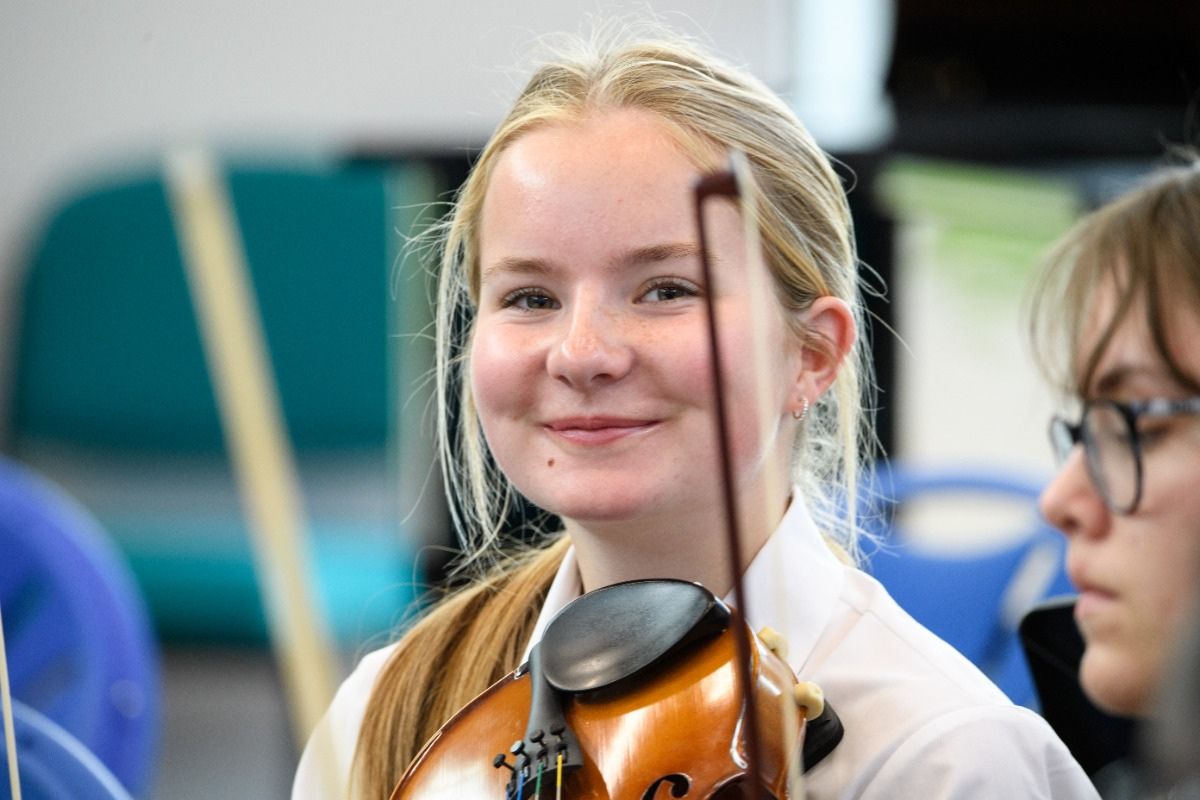 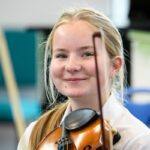 Wrekin College’s Jazz Band and Concert Band are already in rehearsals to try and clinch yet another prestigious platinum award at the National Concert Band Festival.

The Jazz Band already has a hat-trick of the gongs while the school’s Concert Band who entered the festival for the first time in 2021/2 picked up its own first platinum award last year – the highest honour you can be given at the event which attracts some of the best bands from across the UK.

Both ensembles will take to the stage later this term in the Oldham regional festival to try to qualify for the National finals which will give them the chance to add their fourth and second platinum awards to their accolades at next year’s final.

Director of Music at Wrekin, Mr. Simon Platford, said today he felt very privileged to work with young musicians many of whom had just started out on their journey playing with ensembles and bands at the school.

“The numerous skills needed to be a part of a band are so varied and are not solely musical skills either. Teamwork, reliability, and commitment are just as important as having instrumental skills. However, playing in a band can significantly boost a young person’s confidence and this raise in self-esteem, I fundamentally believe leads to more success across the board.”

He added that it was a reminder of why more support was needed for music in schools nationally and more commitment to boosting GCSE and A-Level music numbers which Wrekin is championing.

“Research has shown that learning to play a musical instrument can enhance verbal memory, spatial reasoning, and literacy skills. Playing an instrument makes you use both sides of your brain, which strengthens memory power. It is beneficial to all children but we also need to ensure there is a pathway for our very talented and committed musicians to gain qualifications which could help them make more of the extensive opportunities in music.”

In a year that was officially recognised as having the lowest number of students taking GCSE Music since it began in 1987, Wrekin had a record percentage of last year’s year 11 studying it, with over 20% (twice the percentage deemed as an outstanding take up) taking GCSE music.

“This record take-up should see the school qualify for the ISM gold award for music GCSE provision. We have received bronze and silver in the past. All of our musicians passed, with  50% getting 8s or 9’s,” added Mr. Platford.

The Incorporated Society of Musicians Award (ISM) is only awarded to the top 200 schools nationally that study GCSE Music with gold reserved for the top 30.

Mr. Platford said performing in music and drama had been a tremendous challenge during the pandemic but it reminded people how much it was valued as an integral part of society.

The school this year encouraged many of the up-and-coming stars in British music with a series of concerts featuring the brightest talents on the classical music scene.

The Sounds of the Future calendar of concerts proved a massive hit with Shropshire audiences and young musicians who were inspired by the performances.

More such concerts are in the pipeline for the future and Mr. Platford confirmed Sheku Kanneh-Mason, globally successful cellist and winner of two Classical Brit Awards, will play at the school next year in what will no doubt be a sell-out show.